| LEAD in our chosen markets.

| DELIVER outstanding client experience based on excellence in sales and services and create solutions for our clients.

| ACHIEVE a superior ethical based on our experience and expert team.

| BUILD good relationships with our clientelle and stakeholders.

Link Scaffold is family-owned for over 20 years since inception.

Working at and with Link is no different than being family. We treat each other and our clients with care.

We have a long track record of supporting the community. These include donations and free scaffolding services.

Link Scaffold originates from a safety standpoint. Safety is and always has been our #1 priority.

Link Scaffold Services Inc. (LSSI) has always been a family owned and -operated company. Started in March 2001 by the Simões family (which is of Portuguese heritage), the safety oriented, cost-efficient scaffold solutions company will celebrate its 20-year anniversary in March, 2021. Joao (Johnny) Simões, LSSI’s current president, took over in the spring of 2011 from his father, Porfirio (Simon) Simões, who passed away in November 2011. Johnny, with the help of his sister Paula jointly shares the leadership role of the company.

Paula and Johnny have been with the company every step of the way. He explains, “My father has always worked in the industry, so naturally I just followed in his footsteps. My father was a true believer that one needs to learn from the ground up. Paula and I started at the very bottom with Paula as the receptionist and myself in the field. Once I learned the industry, I was hooked. This company is a very important part of my families’ lives. We have a lot of friends and family that work here. When an employee starts with LSSI they are quickly aware that they are part of a family. This was my father’s tradition and Paula and I want to continue it that way.”

Linkedin-in
My name is Michael Wick and I have worked for LINK for a number of years (20ish years). LINK believed in me and kept me working even in the hardest of times. The company has passed from one generation to the next and has become very innovative. The management staff members are goal orientated and share the responsibility of handling the business. Its employees share a strong family bond and work hard to keep ahead of of the competition. LINK had given me my opportunity into the scaffold industry and the knowledge to get me where I am today.
Mike Wick
I had the privilege of working for Link as a safety advisor on an oilfield project. I must be honest, as a safety professional, I had my reservations on working with scaffolders due to past experiences. I have to say, it was one of the finest bunch of workers I have had the honor to work with. Great morale, professionalism, and great safety culture. Link was like an extended family, there was true personal care taken with each worker.
Robert MurraySafety Advisor
Previous
Next

LSSI is consciously committed to excellence for every client which explains its substantial growth over the years. Originally based in Edmonton, Alberta, LSSI established a strong presence in the scaffolding industry and with its reputation easily expanded into the insulation industry.

With the addition of its Saskatchewan branch, LSSI can now accommodate customers in BC, Alberta, Saskatchewan, and Manitoba.  Known as a premier supplier of scaffold equipment and labor services across all four provinces, LSSI organizes and expedites any and all scaffolding, including erecting, dismantling, rentals, and insulation services.

“We create temporary platforms,” explains Johnny, “so, if certain things are inaccessible, or you can’t get certain equipment in there, we’ll go out into the middle of nowhere … and get a solid floor to walk on – whether that floor is 300 feet in the air or 10 feet off the ground, just so you can change a light bulb.”

There is no job too big or too small for LSSI.  For them, their commitment to excellent service and their iron-clad guarantee does not depend on the size of the job.

One Step at a Time

LSSI, like any other company in this industry, has had its ups and downs. In the first three years, their annual revenue averaged just shy of $1 million resulting in severe restrictions on the company’s ability to expand its services.  During this time, Simon (then president) had to turn work away. There was no money to be invested in new equipment, and there was no established operating capital that would allow LSSI to accept huge labor-intensive contracts.

In 2004 LSSI made the move from a privately-owned company to a public company, and on January 3, 2005, Link Scaffold Products of North America (LSPNA) purchased a portion of LSSI. The idea behind this strategy was to get LSSI publicly listed in the U.S., thus generating more exposure and access to growth capital. Simon structured the sale so that LSSI would retain 60-percent ownership of the company, while the other 20 percent was used as payment for the personnel responsible for taking LSSI public. The remaining shares were then remarked for public sale to raise funds to fuel LSSI’s anticipated growth. By the beginning of 2008 LSSI abandoned that strategy and the Simoes family regained 99.11% ownership in LSSI and shelved LSNPA.

In 2006, LSSI purchased its own facility in Edmonton, Alberta, and remains its head office to this day.  The company’s annual revenue reached over $7 million and in 2012 saw annual revenue reached well over the $10 million mark – a fitting end to mark its hard-won first decade. In 2014 reached another milestone with annual revenues exceeding the $17 million mark and this pattern continues into the current year.  LSSI remains in a strong financial situation despite the lows and highs of the economy and they are optimistic about the future as they continue to increase services and maintain their high standards of excellence.

Invested in a family-centered and family-focused philosophy, LSSI was able to work through the recessions and continued to grow and expand to twice their size.  LSSI now employs 15 to 25 permanent people in its Alberta and Saskatchewan offices and much higher numbers of employees out in the field, especially during the summer and fall.  During the company’s busiest quarters, there can be upwards of 50 to 150 seasonal field workers employed.

The LSSI team of outstanding individuals makes themselves available 24 hours a day for each other and their clients, which is the reason for its numerous maintenance contracts, some of which even predate LSSI’s corporate inception.  Now as a fully incorporated entity LSSI has established solid relationships with over 20 other companies, including such corporations as Ledcor Group of Companies, Husky Energy, Inc. (Kearl Lake and Rainbow Lake plants), Celanese and Conocophillips Canada. LSSI holds a positive reputation and long-term relationships because at the core of its efforts LSSI focuses on attention to detail and a commitment to safety.

Modest about projects and big plans, Johnny claims the business is more of a “day-to-day thing” with its first priority being their workers’ welfare. “We self-perform everything in scaffolding, and our biggest pride is our safety,” Johnny states. “At the end of the day people should go out the same way they came in, otherwise it’s not worth the money we make.”

Johnny’s sense of community and family pride doesn’t apply only to the framework of LSSI or its many clients. Rather than just maintaining a program to assure his employees’ safety and clients’ satisfaction, Johnny sees LSSI efforts making more of an impact on safety throughout all of Alberta and the surrounding provinces. “I stay really close to our projects,” he says. “I see the industry in the four provinces we operate in starting to come around.”

Link Scaffold Service Inc. is built on a strong belief in maintaining a family-oriented company that continues to value its clients and ensure clients’ satisfaction. Using its twin platforms of integrity and safety, LSSI will continue its mission of providing excellent service. 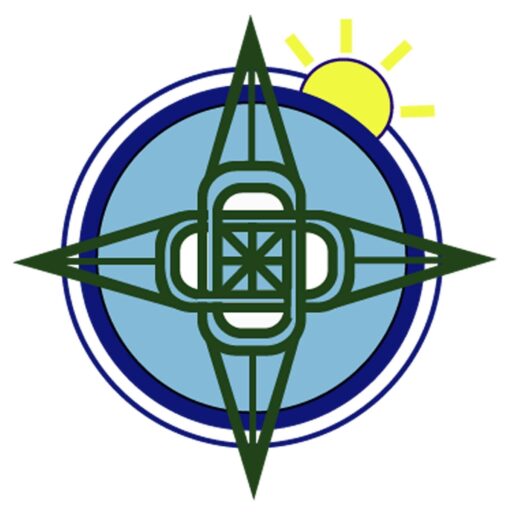